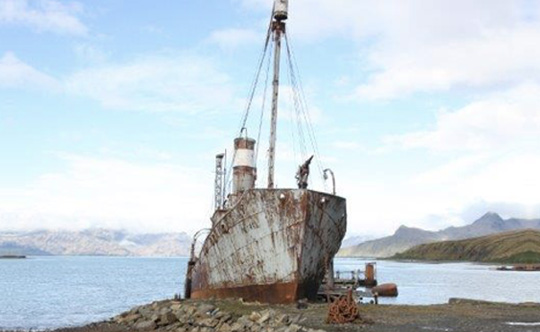 This season has seen the repair and reinstatement of the Shackleton memorial cross at Hope Point and the relevelling of eroded ground around Shackleton’s Grave, both of which are popular tourist attractions.

In the ship repair yard, the ground which previously covered the historic slipway has been removed to expose the slipway timbers.

Other works include the removal of chains from the flensing plan, where the whales were historically processed, and the completion of the repairs to the church windows.

These works contribute to the long-term conservation of a site that is internationally significant as the first whaling station established in the Antarctic region. It was founded by the Norwegian pioneer of Antarctic whaling, Carl Anton Larsen, in 1904 and was the longest operating of six whaling stations that were established on South Georgia in the early twentieth century. The remains of the station are seen by approximately 10,000 people who visit the island each year.

Shackleton’s Grave following the regrading of the ground (Photograph: Government of South Georgia and the South Sandwich Islands) 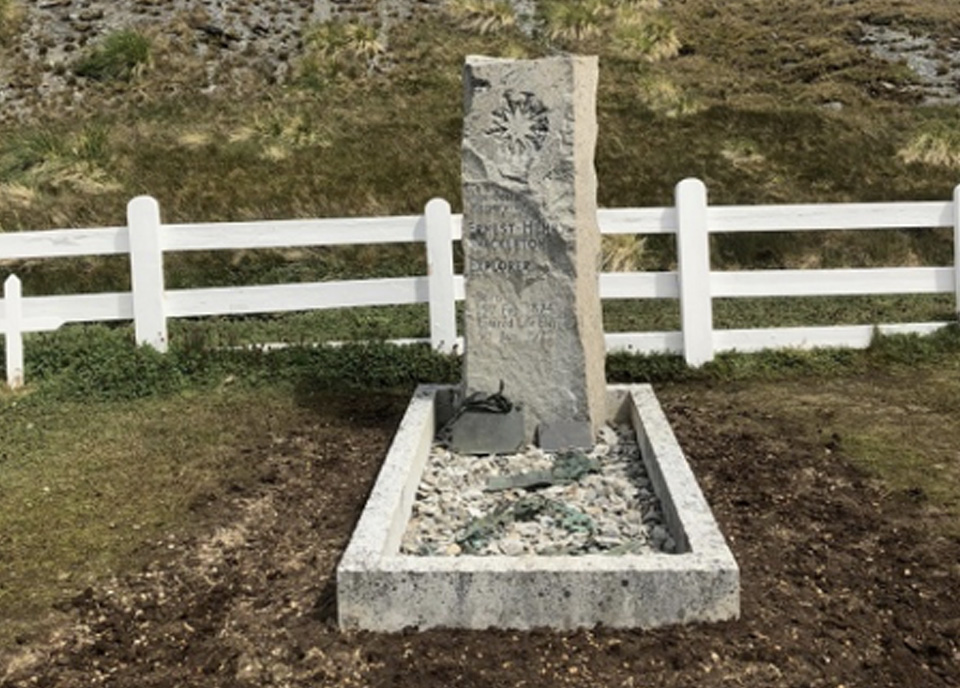