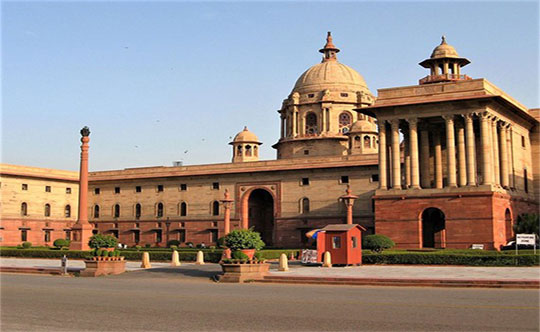 By Geetanjali Sayal, Founder of Deco in Delhi
Recollecting chapters of Delhi’s architectural evolution in the twentieth century, the events that took place in 1911 and 1947 are of great importance to analyse Delhi’s genesis. The first one saw the British Empire’s capital shifting from Calcutta to Delhi, and the other, India gaining independence from the British rule while being partitioned during the same time.

Since 1911, Delhi has been going through major transformations initially to reform its identity as a new city and eventually as a nation state close to and after India’s independence. The current narratives of Delhi’s built heritage focus on specific monuments created to establish political control primarily during the Mughal and the Colonial rule. Furthermore, the Archaeological Survey of India only considers buildings which are 100 years old as heritage with exceptions to include specific buildings like the Rashtrapati Bhawan in Delhi, built in 1912 originally as the British Viceroy’s House by Sir Edwin Lutyens.

During the years of Delhi’s establishment as a nation state, a significant number of public buildings and princely palaces were being built which are now nearly seventy to ninety years old. Unfortunately, there hasn’t been much focus on protecting these buildings apart from the ones in Central Delhi which house institutional functions under the government. As a result, Delhi is losing out on a substantial amount of its modern heritage which forms an integral part of the city’s character, but is currently either deteriorating, abandoned or being demolished by the government.

Until very recently, not many people were aware of an alternative arts movement during the British Raj which notably influenced the design language of multiple modern public buildings across India. This was the Art Deco style which had travelled to India during the early twentieth century, but by the time it had already peaked in various other parts of the world. Although of an international origin, Art Deco, due to its eclectic and flexible nature, influenced the design of early modern buildings in multiple cities across India, including Delhi. In 2018, South Mumbai’s Art Deco and Victorian buildings were formally recognised as UNESCO’s World Heritage sites while acknowledging Mumbai to have the world’s second largest collection of Art Deco buildings after Miami.

While Mumbai was the epicentre of Art Deco’s spread in India, Delhi too managed to have a significant number of buildings influenced by the style outside the imperial circuits. The spread of Art Deco in Delhi can be seen in cinemas, institutional buildings, princely houses, commercial buildings, monuments and many private residences.

In March last year, we set up a team of three people who, for the first time, started looking into researching and documenting the last few remaining Art Deco structures in Delhi. Most of these structures have either been modified, already demolished or will be replaced by more profitable establishments in the future. 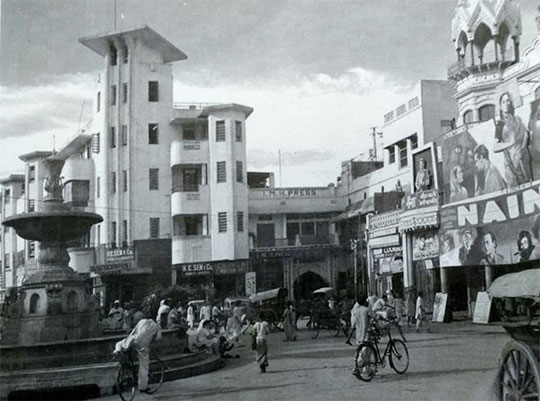 Our initiative Deco in Delhi – intends to present an alternative narrative to Delhi’s architectural history, highlighting Art Deco as a valuable component of the city’s modern heritage. A major aspect of this research is to celebrate the works of lesser-known architects, contractors, artisans, and patrons associated with the style in Delhi. This year, the project won the India Foundation for the Arts – Arts Research grant. As part of this we will be documenting and analysing Art Deco’s artistic and architectural influences reflecting the pure, hybrid, and locally adapted variations of the style. Our focus will be to illustrate the adaptation of the style in either a building’s exterior, as well as interiors including graphics, motifs, artefacts, objects and material study.