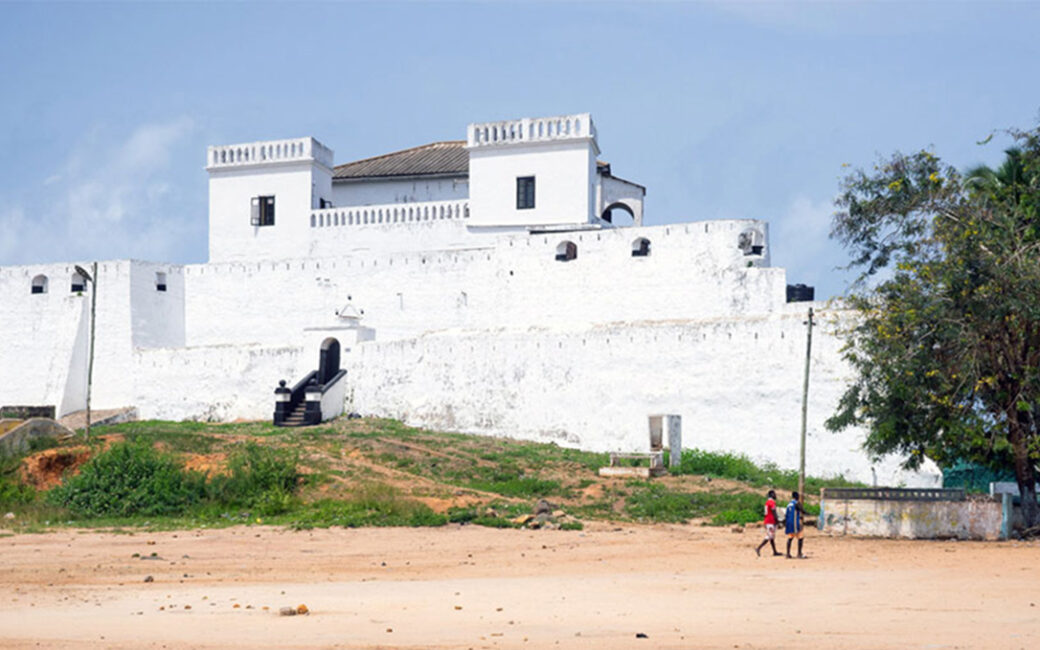 By Ivor Agyeman-Duah, Executive Director, Ghana Museums and Monuments Board, Accra.
The Ghana Museums and Monuments Board (GMMB) is one of the sovereign institutions established when the Gold Coast colony became independent of British rule in 1957. Its mandate of preservation of the material cultural heritage has centred over the years around the twenty-eight monuments dotted around its 150 kilometers coastline, and twelve museums with varying collections of ethnographic interest and contemporary or modern art.

The castles and forts from medieval times were built by European engineers and architects with indigenous labour. These served as trading posts for merchants, regional marine offices, sanctuary for the converted Christian faithful, and later as prisons for slaves as they waited to be shipped across the Atlantic to the Americas from 1691 onwards.

These were distributed among rival European imperial powers; sometimes peacefully by purchase, but on other occasions by expeditionary forces for over three centuries. They are the histories of Portugal, Sweden, The Netherlands, Denmark, Norway and Britain on one hand and, on the other, their bilateral trade relations from the coast to the hinterland and northern savannah areas in gold, timber and other natural resources.

These coastal forts and castles are serially listed as one UNESCO Heritage site and, together with the Asante Traditional Building, constitute two UNESCO sites in Ghana. They are pillars of national tourism revenue.

Newly discovered or tentative heritage sites have had to be maintained, but with inadequate budget support for maintenance and architectural restoration that under the demands of UNESCO 1972 Conventions, the GMMB are required to keep.

Some of these challenges are being met through Government support and bilateral collaborations with the British High Commission in Accra,

the Dutch, the French through the Sankofa Project with its Embassy in Accra, and other overseas Ghana-interested, non-government organisations such as, JustGhana. Based in London and Accra, Just Ghana’s work on the James Fort Heritage and Conservation Project Hub for Creative and Cultural Industries has been underway for some years now, including an evaluation of their deteriorated state and strategies to revive their cultural significance.

This was even before The World Heritage Committee approved at its 42nd session in 2018 monetary and technical assistance for the engagement of a management plan. UNESCO’s support for a National Heritage Committee is an inter-agency and inter-ministerial coalition on heritage preservation which ended in June 2021, which will be followed by implementation of the plan.

The challenges have included a near infringement of some of the oldest castles, including Elmina for which UNESCO had to send an Advisory Mission through the World Heritage Centre, including ICOMOS and ICCROM, (the 1972 Convention’s bodies that provide advice to it) in relation to a government scheme, the Elmina Heritage Bay Tourism project. The GMMB has had to walk a fine line between unavoidable government development and the maintenance of cultural heritage through archeological analysis.