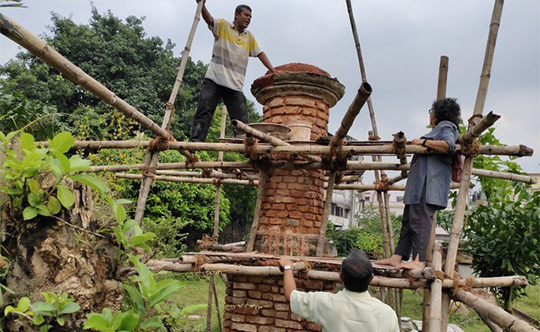 By Dr Rosie Llewellyn-Jones, MBE
The British Association for Cemeteries in South Asia (BACSA), founded in 1977, was the first organisation to address the built heritage of the British Empire in the East. Exactly thirty years after Britain’s withdrawal from the Indian subcontinent, some of BACSA’s first members were people who had lived and worked in undivided India, Burma, Malaya and Singapore. Many had long family connections with the East, going back six generations in one case. Others had siblings who had died in infancy in the 1930s and were buried in hill-station cemeteries at Shimla, Mussoorie and Murree.

RESTORATION TO BE DONE BY LOCALS

Theon Wilkinson MBE, who founded BACSA, and was himself born in India, insisted that repair and restoration of old European cemeteries had to be carried out by local people, part-funded by modest grants from BACSA. The grandest monuments to the European dead in the East are spectacular, including those of South Park Street Cemetery in Calcutta Here is the monumental obelisk memorial to the Judge, Sir William Jones, founder of the Asiatic Society of Bengal and the temple-like tomb of ‘Hindoo Stuart’, the eccentric Irish-born East India Company servant, Charles Stuart, who bathed daily in the Ganges and thought English women would look better in saris. 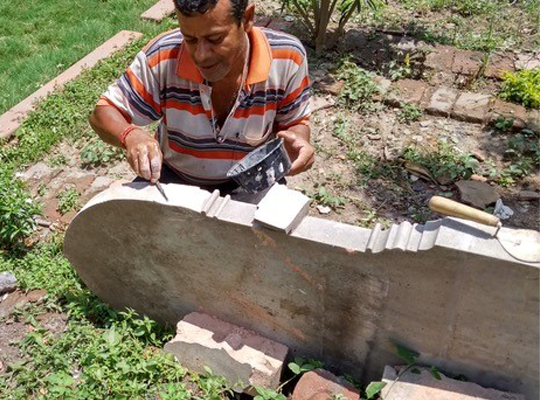 estoration of over a hundred cemeteries in South Asia has been carried out during the last forty years supported by BACSA, but it is only now that a manual has been commissioned to guide restorers. Written by Dr Neeta Das, currently conservation architect at the Scottish Cemetery in Calcutta, the BACSA Manual is full of practical advice, from rooting out intrusive vegetation before it gets a hold, to advice on using lime mortar on 18th century tombs, instead of unsympathetic cement. The manual explores wider issues of security (cemeteries can become the haunt of vagrants and drug dealers) to welcoming visitors with clear plans of the cemetery, toilets and access to burial registers.

The manual, written in English, has been translated into Hindi, Urdu and Bangla, three of the primary languages of the Indian subcontinent and it will be available on the BACSA website in the New Year (2021). It is aimed at people whose first language may not be English and its clear drawings and photographs will show non-literate workpeople in the cemeteries how to proceed. It is the first handbook on cemetery restoration written from a non-western perspective for local people willing to preserve that part of their own heritage which is inextricably linked with Britain’s past. 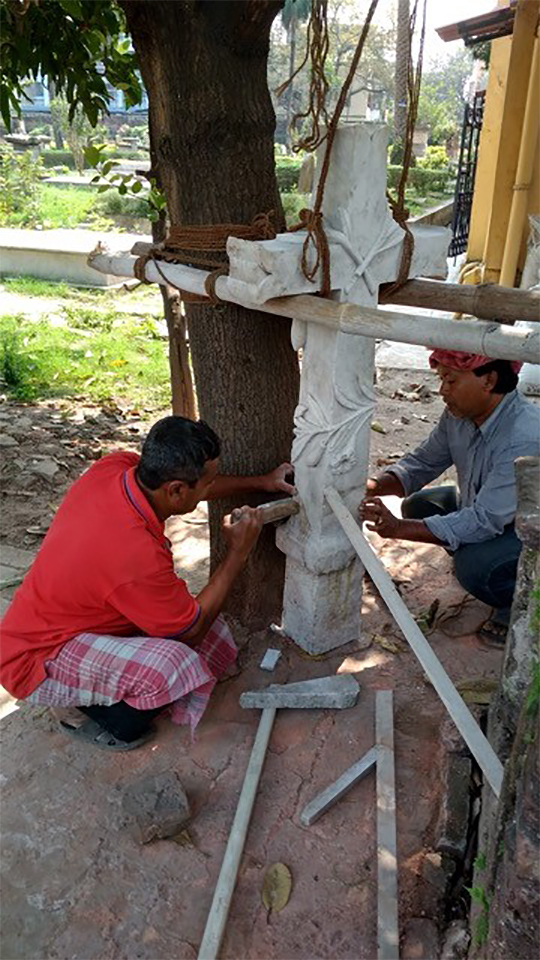