Skip to content
Book a free ticket here.
Booking closes at 12:00 tomorrow.This talk, by Isatu Smith, will address Bunce Island’s history including its phases of construction, uses and life on the island, and preservation efforts.
Bunce Island is one of forty slave forts operated by Europeans along the West African coast. It was operated as the headquarter for British slave trading in Sierra Leone from about 1670 till 1808 following the abolition of the Trans-Atlantic Slave Trade by the British parliament in 1807. Four British firms operated the fort at various periods of its history, but it was the firm of Grants, Oswald and Sargent operating the fort in the mid 1700s that gave it its prominence. This period coincided with the emergence of rice economies in the American colonies of Georgia and South Carolina where traditional plantation crops like sugar cane and cotton did not do so well but rice thrived. Sierra Leone is part of the Rice Coast where indigenes had grown rice for generations , hence captives from this area were in high demand for their rice growing skills to work on rice plantations. Bunce Island thus became a major source of captives with this skillset and this led to a sustained trade between Bunce Island and especially Charleston SC where the majority of its captives were disembarked. Bunce Island continued to be a major center of commerce until the trans-Atlantic slave trade was abolished. With the development of a settlement for freed slaves in Freetown and the establishment of the Court of Mixed Admiralty, and the presence of the Royal Navy off the waters of Sierra Leone, the trade in slaves declined significantly in Sierra Leone and Bunce Island’s use as a slave fort ended. After centuries of neglect when the fort disintegrated into ruins, the fort was finally stabilized through a U S Ambassador Fund for Cultural Preservation funded project that was implemented by the World Monuments Fund in 2018 – 2020.

The talk will also mention the development of Sierra Leone into a British Crown Colony and the various levels of connections between Sierra Leone and Britain, and the Commonwealth by implication, if time permits. 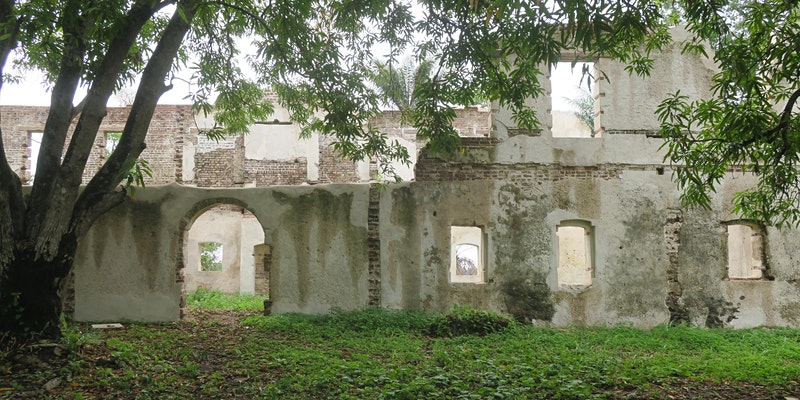 Isatu Smith is a Sierra Leonean heritage professional with over twenty-five years’ experience of working in the culture and heritage sector of her native Sierra Leone.

Ms. Smith is the Managing Director of the West African Heritage Consultancy, the premier heritage consultancy in Sierra Leone. She was Consultant Project Manager for the World Monuments Fund implemented Bunce Island Preservation Project. This project was funded by the United States Ambassador’s Fund for Cultural Preservation and its main goal was community engagement, education and training, and preserving and stabilizing the ruins of a former British Slave fort in coastal Sierra Leone that sent most of its captives to the Americas.