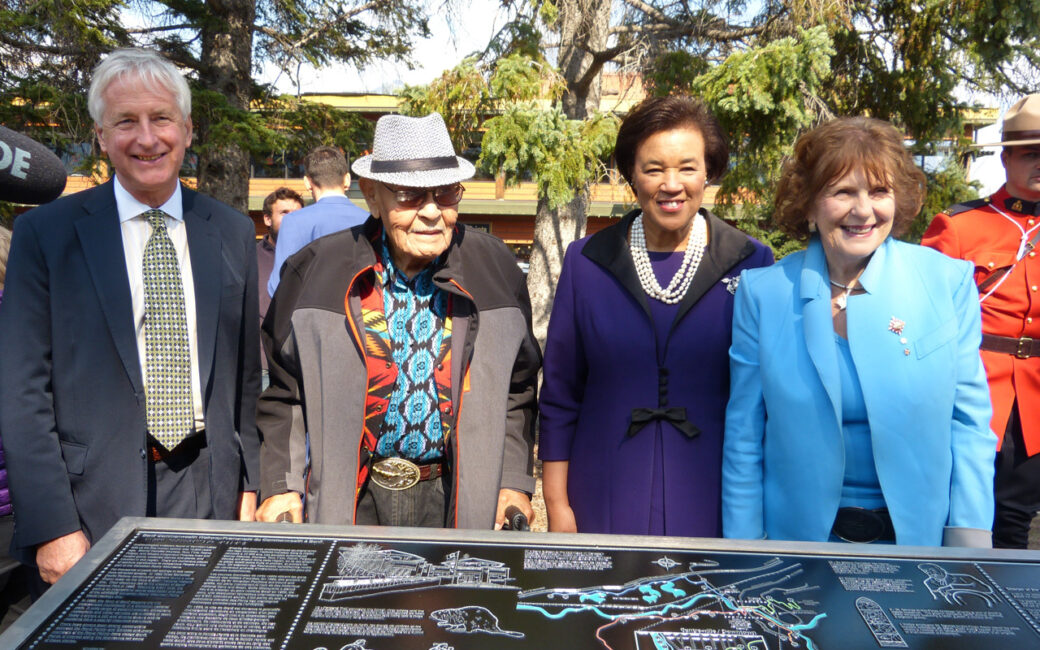 By Writer and Broadcaster, Hugo Vickers– The Commonwealth Walkway Trust is delighted to be working alongside the Commonwealth Heritage Forum as one of our various aims and missions is to make people more aware of their heritage and surroundings. In London, the Jubilee Walkway opened up the South Bank between Westminster and Tower Bridge. There is so much to celebrate in the Commonwealth, and hopefully tragedies can be avoided such as the recent destruction of Jean Rhys’s house in Roseau, Dominica. That is just the sort of landmark that should have been restored, particularly as Jean Rhys was one of the most famous Caribbean writers.

The main mission of the Commonwealth Walkway Trust is to unite further that ‘family of nations’ by creating walks in the capital cities of all the Commonwealth countries, overseas territories and Crown territories. The scheme developed from the success of the Jubilee Walkway, the first urban trail in the world, which was created in 1977 to mark the Queen’s Silver Jubilee. It is walked by over 3 million people every year. In 2002 we updated the panoramic panels and extended it along The Mall to mark the Golden Jubilee. In 2012, we created the Jubilee Greenway, a 60km route around outer London linking the various Olympic sites to celebrate Her Majesty’s Diamond Jubilee.

In 2013 we created the Commonwealth Walkway Trust to extend this great concept into the Commonwealth countries. A route in a Commonwealth city has three main aims – to get people walking (which is good for their health and well-being), to get them to appreciate their city better (heritage) and to celebrate The Queen as Head of the Commonwealth in a low-key way. Her Majesty has given permission to use her personal cypher on our markers.

Since 2013, we have visited twenty-six countries and are delighted that several of the routes are complete. These can be found in Valetta (Malta), the Gold Coast (Australia), Wellington (New Zealand), Banff and Edmonton (Canada), as well as Georgetown (Ascension Island), Samoa, and, in the United Kingdom, routes in Windsor and Glasgow. All one hundred routes have been mapped, and the two thousand points of interest that they connect identified. We have a new website. We are not only uploading the information and images we already have from our own travels, but also from local people who know these places well and who can feed in their own information and photographs. Jubilees are a great opportunity to get things done, and there is a great opportunity to complete this project to celebrate The Queen’s Platinum Jubilee in 2021.

A Commonwealth Walkway usually has a panoramic panel which usually says something about the history of the country, displays The Queen’s charter and shows a map of the route. Then there is an average of twenty markers on the route itself, celebrating points of interest. These are in five categories: heritage and monuments, landmarks and views, places of worship, museums and galleries, and parks and open spaces.