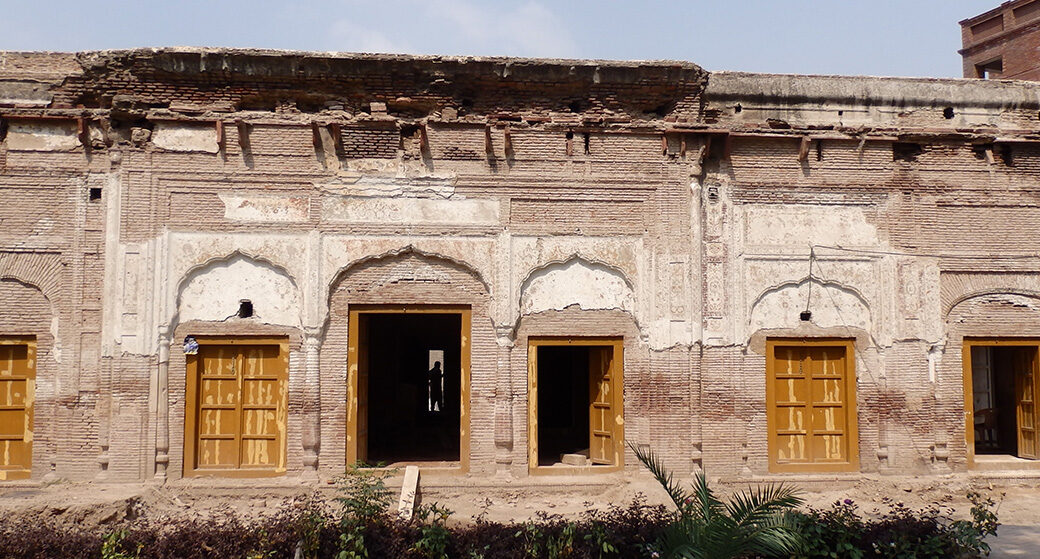 The writer, historian and filmmaker, Bobby Singh Bansal describes some of the work he has carried out on Sikh heritage in the remote regions of Pakistan.

I have been working on Sikh heritage, culture and conservation since 1989. Having travelled extensively in India, and to the remote regions of the Afghanistan/Pakistan border, I have catalogued numerous forts and monuments that were built during the reign of the Sikh empire under Maharaja Ranjit Singh in the 19th century. Interestingly, these mud forts today are still intact and used by the Pakistan army. After the fall of the Sikh empire, the British annexed the province of Punjab to the British Indian empire in 1849. In 2015, I had catalogued all the Sikh structures in the province of Punjab, Pakistan for my book Remnants of the Sikh Empire, which included mansions, palaces and forts scattered across the country. Since the Partition of India in 1947, however, a majority of the Sikh structures were abandoned by the Sikh community who migrated to India, and later these were occupied by the Muslim migrants. Their historical significance was not necessarily understood, and most of the Sikh monuments fell into disrepair.

I had noticed that each time I visited, a particular structure had been demolished to make way for a shopping mall or it had been vandalised.

In villages there are numerous mansions that I had identified as Sikh structures by their overall design in Sikh architecture which related to the 19th century. But sadly, the families that occupy these historical structures are unaware of their historical importance and value. Therefore, in 2003, I set up an organization SK Foundation UK that would tackle the issue of identifying these Sikh structures and then in collaboration with the Pakistan authorities, such as the Department of Archaeology, preserve and restore these iconic monuments for posterity. It was imperative that greater awareness was also needed to highlight the problem as many of these structures had collapsed or were illegally seized by the local land mafia.

The first monument I restored was the tomb of General Jean Francois Allard in Lahore in 1998. He was a French mercenary, originally from St Tropez, who had served in the Sikh army of Maharaja Ranjit Singh from 1822 to 1839. His former residence with its vast garden was demolished back in the 1950’s. Fortunately the garden where he was buried still exists. In collaboration with the French Embassy (Islamabad), the entire tomb was repaired much to the delight of his descendants. This was then followed with the restoration of the dilapidated Anglo-Sikh war memorial at Ramnagar, not far from the battlefield at Gujranwala. With help from officials at the British Embassy (Islamabad) and the Staffordshire Regiment, the tombs of Brigadier-General C.R. Cureton and Lieutenant-Colonel William Havelock and others were restored, and a boundary wall was erected to prevent any encroachments. Nearby, the summer residence of Maharaja Ranjit Singh, was too given a facelift back in 2002.

In 2008, I was involved with the restoration of the mansion and tomb of Mahan Singh Sukerchakia (Gujranwala) the father of Maharaja Ranjit Singh. Then in 2014, along with the Department of Archaeology (Lahore division), I fully restored the tomb of Maharaja Sher Singh who, in 1841, became the king of Punjab, the son of Ranjit Singh. The royal tomb and mansion had been vandalised along with many Sikh structures.

Interestingly, after visiting the historical site of Saragarhi, where twenty-one Sikhs had been martyred defending the British outpost in 1897, a new inscription has been erected and the garden is being restored along with the obelisk. Much still needs to be done, especially in education and awareness, whereby the local population can be taught about the significance of these historical monuments that are today a part of Pakistan’s diverse heritage and history, irrespective of their religious origins.