Calcutta / Kolkata – erstwhile capital of British India, is considered to be a city worthy of world heritage status. With an abundance of nineteenth and early twentieth century buildings, an ambience, lifestyle and culture unique unto itself, Calcutta’s heritage consciousness is of relatively recent provenance, having found a voice only in the 1990s. Since then, heritage awareness and protection has manifested itself in the listing of buildings, preparation of guidelines for owners, and a burgeoning heritage-based tourism industry. Yet, the very same heritage presents abundant real estate opportunities in the midst of a densely built city. The Alipore Green City Project, conceptualized and driven by the West Bengal State Government, to be built over a precious green tract in the heart of the bustling metropolis is a case in point. The talk will attempt to present an overview of Calcutta’s heritage status as of now, juxtaposed against the growing tendency to monetise resources, as illustrated by the Alipore Green City Project.

Nilina Deb Lal, PhD, is a conservation architect and independent researcher. She is the author of Calcutta: Built Heritage Today (INTACH: 2006), a gazetteer of Calcutta’s heritage buildings. Her current research interests include the construction history of Calcutta spanning the late nineteenth and early twentieth century, with a view to evolving appropriate conservation and heritage management strategies; and the evolution of the approach to urban greens under the aegis of the Calcutta Improvement Trust. 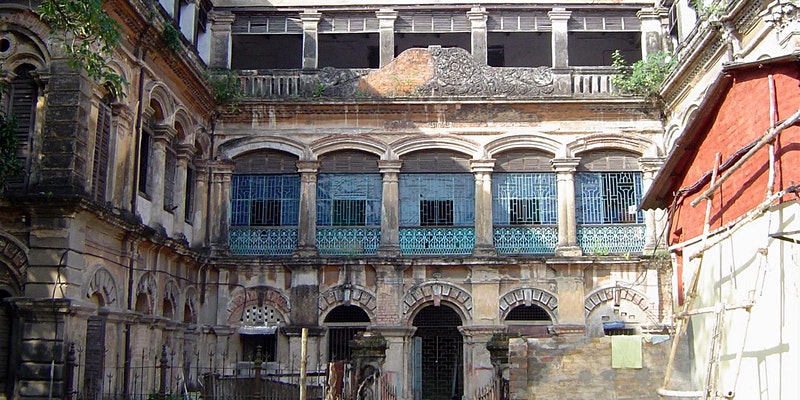