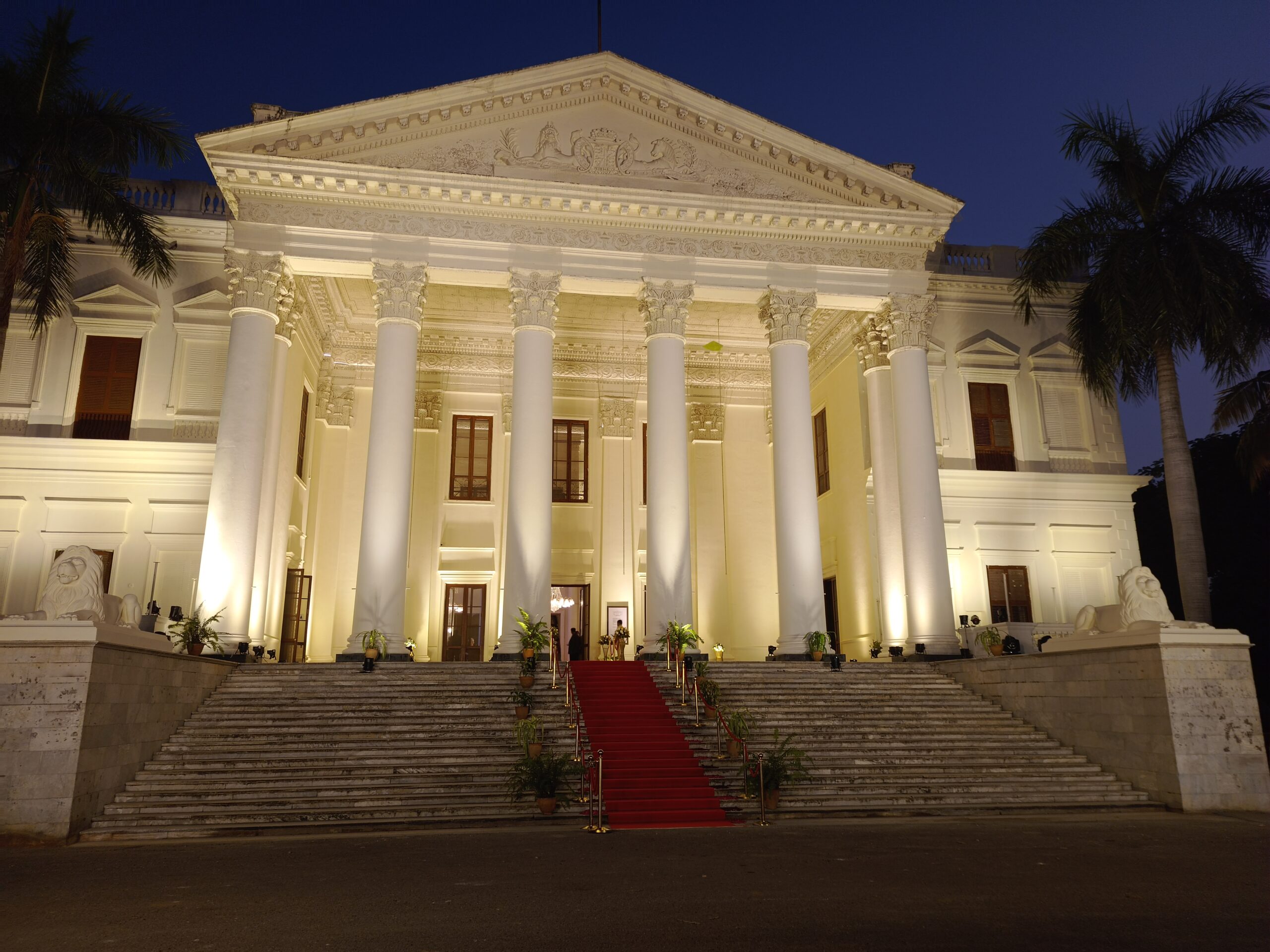 The Reception, held on Saturday 14 January celebrated the completion of the final phase of restorative work at Osmania Women’s University College in Hyderabad, once the British Residency and one of the most important European heritage buildings at risk in India.

Launched in May 2022 at the Commonwealth Secretariat in London and backed by £4.5million in funding from the Hamish Ogston Foundation, the Queen Elizabeth II Platinum Jubilee Commonwealth Heritage Skills Training Programme is the largest Commonwealth conservation programme in history. Managed by the Commonwealth Heritage Forum, over the next 5 years the programme will train over 600 people from disadvantaged communities in a wide range of skills, from stonemasonry and joinery to mud brick and thatch, helping to revive traditional crafts and skills to deliver jobs and life-changing opportunities in places of real need.

The magnificent c.216-year-old building has a uniquely fascinating history that has led historians to question the nature of Empire itself, faith, and identity (discover more on this in CHF's January 2023 Newsletter). It is the second largest palace in Hyderabad and has been undergoing restoration for almost 20 years. Heavy local traffic, poor maintenance and faulty repairs had left the building in acute disrepair. In 2002 it was added to the World Monuments Fund’s Watch list which champions heritage places in critical need of protection. 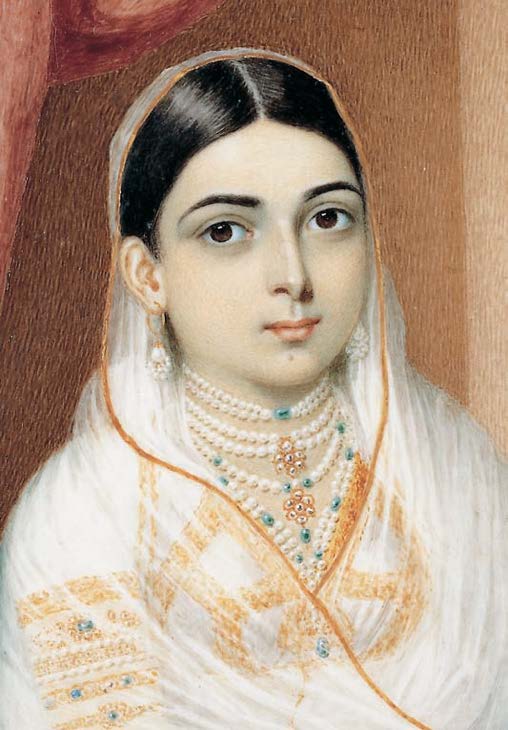 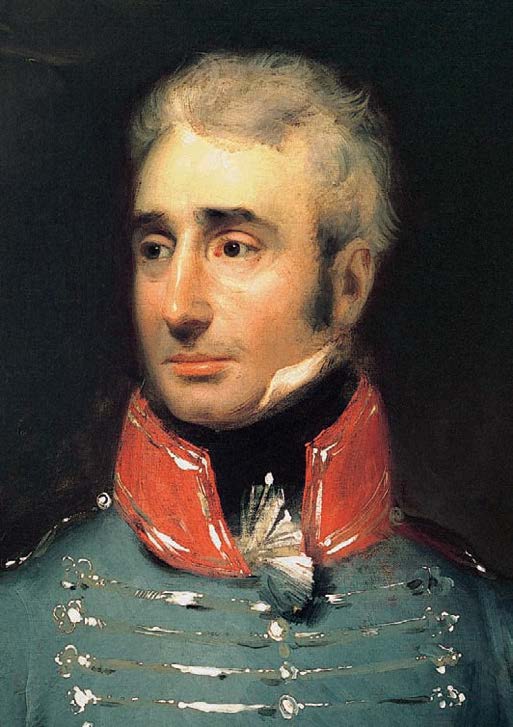 Khair un-Nissa and James Achilles Kirkpatrick, ©Private Collection. The complex was built by Kirkpatrick between 1797 – 1805, to accommodate Khair un-Nissa (his new wife) and their family. Behind the main building, Kirkpatrick constructed a Mughal zenna for Khair, complete with fountains and Mughlai wall paintings.

At last, in January 2023, the former British Residency has been restored to its original splendour thanks to years of painstaking conservation work by the World Monuments Fund, in partnership with international and local charities and private donors, and now most recently the Commonwealth Heritage Forum.

The latest group of experts to work on the historic building were trainees provided under the Queen Elizabeth II Platinum Jubilee Commonwealth Heritage Skills Training Programme. 16 young people from the UK and Hyderabad trained side by side learning both practical and conceptual conservation skills. Learning to slake lime in the classroom, for example, was subsequently practiced in re-plastering the South Porch. Sessions on jack-arch roof construction were followed by practical reconstruction work on the Lansdowne Gate – one of the three, monumental historic gateways at the entrance to the Residency’s grounds. The trainees, the majority of them women, received instruction from world-leading architects and heritage professionals, developing important new skills in heritage conservation and management while working on a live conservation project. 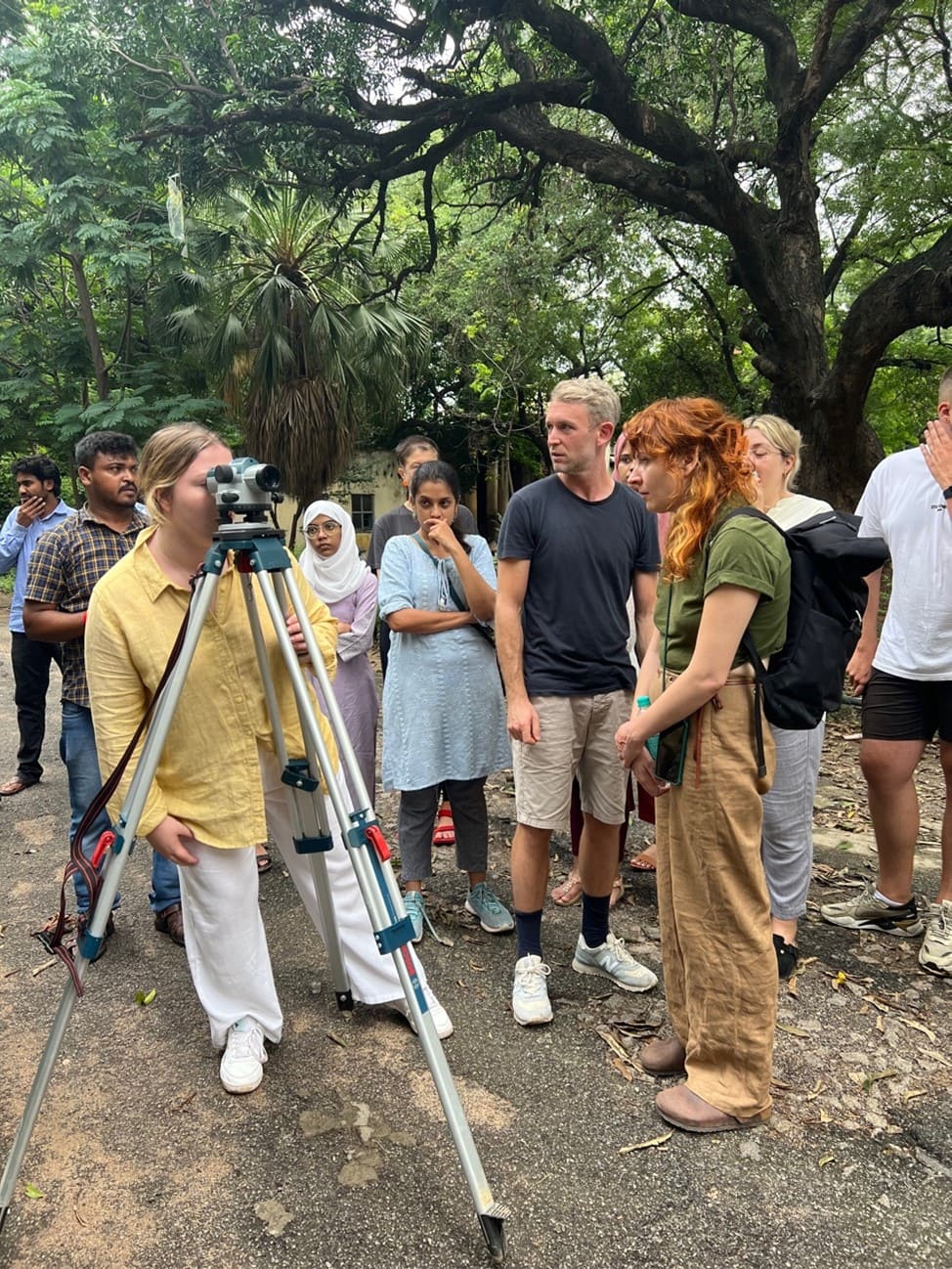 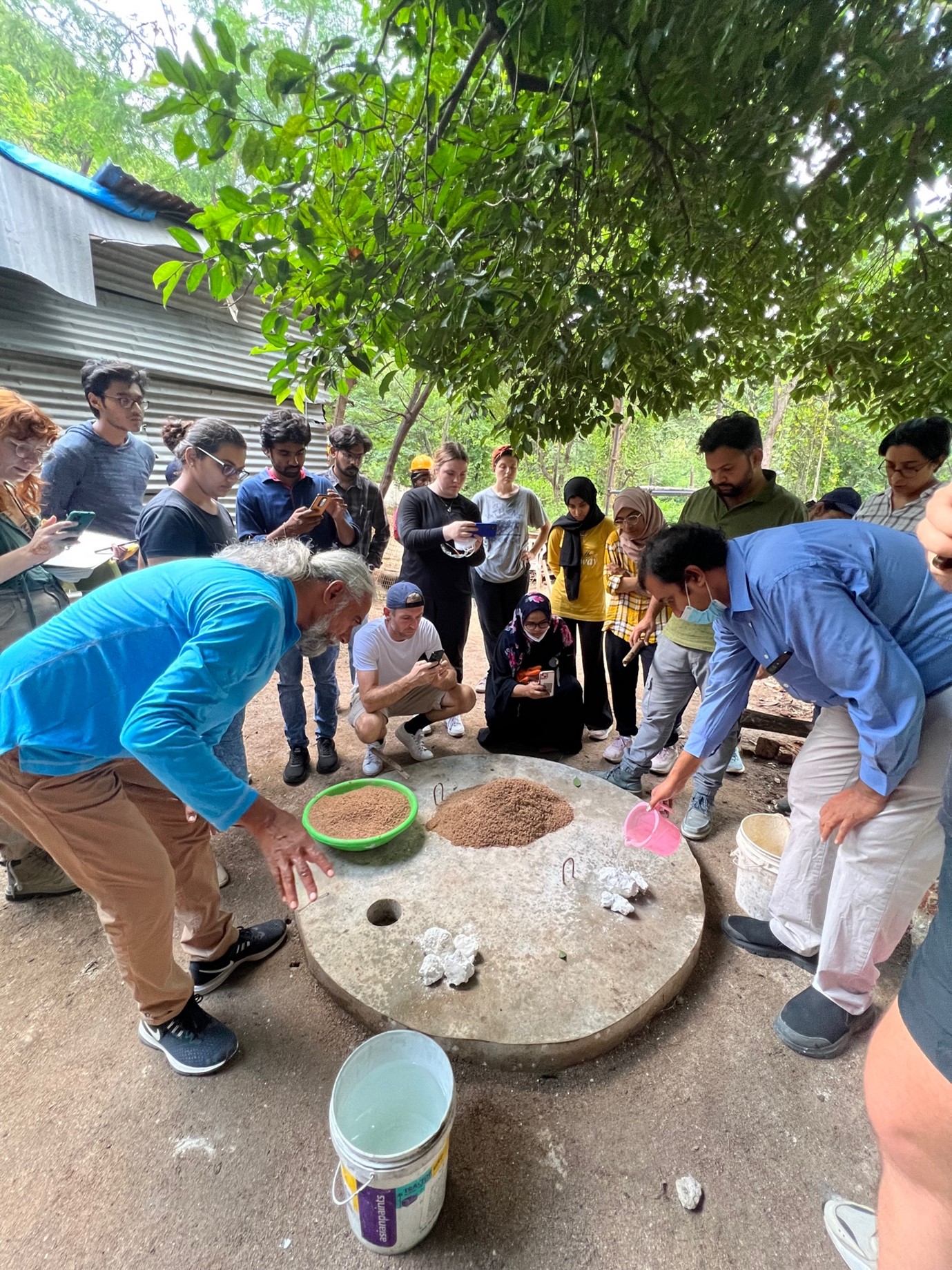 To celebrate completion of the restoration of this outstanding historic building, supporting charities held a grand opening ceremony on Saturday 14 January at the site with Philip Davies, the founder and Executive Director of the Commonwealth Heritage Forum in attendance alongside representatives from the World Monuments Fund, the Deccan Heritage Trust and many of the conservation trainees and experts.

The restored building will add to the University facilities, which educates more than 2,500 women every year at undergraduate, postgraduate, diploma and certificate levels across Science, Commerce and Arts, with Engineering courses planned for the future.

“The completion of restoration works at the former British Residency in Hyderabad is a major milestone in our Commonwealth heritage conservation programme, which is the largest of its kind in history. As the first of 20 projects to be completed, I hope this beautiful building in Hyderabad will bring joy to those local to it, and indeed the women who come from far and wide to be educated in it, for generations to come.

Our first Hyderabad project shows what Commonwealth citizens can achieve together, and what the benefit to local communities can be, in this case literally, carved out of our shared Commonwealth heritage.

This programme is securing the heritage champions of the future by building local skills capacity and creating jobs for life. I look forward to the next phase of our programme starting in Barbados, so we can continue to make a meaningful difference to more people around the Commonwealth.”

Speaking at the Reception in Hyderabad, Philip Davies, Founder and Consultant Executive Director of the Commonwealth Heritage Forum said:

“The former British Residency is one of the most spectacular European historic buildings in India; an outstanding example of what is a truly shared heritage – designed by a British military engineer but constructed by local craftsmen.

For over 50 years it has been slowly decaying. To see it finally restored to its former glory and used as test bed for heritage skills training for both local and international trainees is exactly in line with the mission of the Commonwealth Heritage Forum and our Commonwealth Heritage Skills programme.

This is just the first of many similar projects we envisage across the globe working in conjunction with international and local partners to conserve and adapt the heritage that local people value.”

“World Monuments Fund’s recent partnership with Hamish Ogston Foundation and Commonwealth Heritage Forum completes a major programme of conservation that began over 20 years involving many partners. The future of former colonial buildings can be challenging, but I cannot think of a better contemporary use for the residency than as the centrepiece of Osmania University College for Women”. 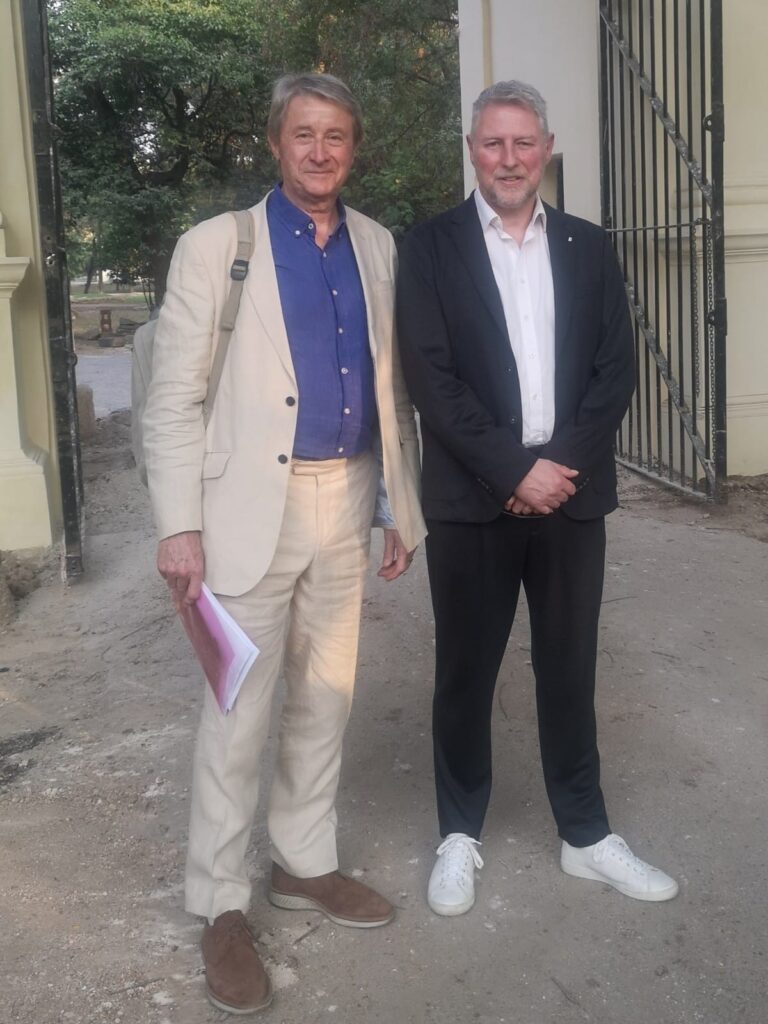 Completion of the work in Hyderabad marks the first of 20 projects to be undertaken under the Commonwealth Heritage Skills Programme. By repairing historic buildings and places around the Commonwealth, it will equip the next generation of heritage conservation craftsmen and provide significant social, economic and educational benefits to local people.

The next heritage conservation project under the Queen Elizabeth II Platinum Jubilee Commonwealth Heritage Training Programme has just finished in Barbados. 6 UK-based trainees joined with a dozen participants from Tulane University and trainees from the University of the West Indies to develop a conservation management plan for Roebuck Street at the heart of the Bridgetown World Heritage Site. Using drones, LiDAR, and 3D scanning, trainees mapped the 650-metre historic street whilst developing partnerships with local stakeholders and heritage groups. Find out more about the project background and the 6 UK trainees here. More information to follow shortly.

About The Osmania University College for Women

The Osmania University College for Women is a prominent educational institution in Hyderabad which was, when it opened in 1924, the first institute of higher education for women in the state of Andhra Pradesh.

The College started with just seven students, admitted into the Intermediate Arts Course in 1924, in the premises of what was then the Nampally Girls School located in the "Golden Threshold", a former home of Smt.Sarojini Naidu. In 1932, the Intermediate Science Course was started and in 1935, Degree courses in Arts and Social Sciences were added. The College owes its present home to which it moved in 1949, to Nawab Ali Yaver Jung, the former Vice-Chancellor of the Osmania University. In 1941 B.Ed Degree and B.Sc. (Domestic Science) were introduced which has now been replaced by the BA and B.Sc. courses.

Today, the Osmania University College for Women is a leading higher education institution in India, educating more than 2,500 women every year, at undergraduate, postgraduate, diploma and certificate levels, offering courses in Science, Commerce and Arts, with Engineering courses planned for the near future. 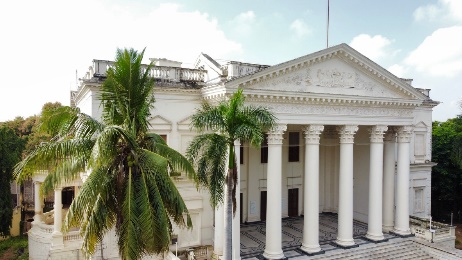