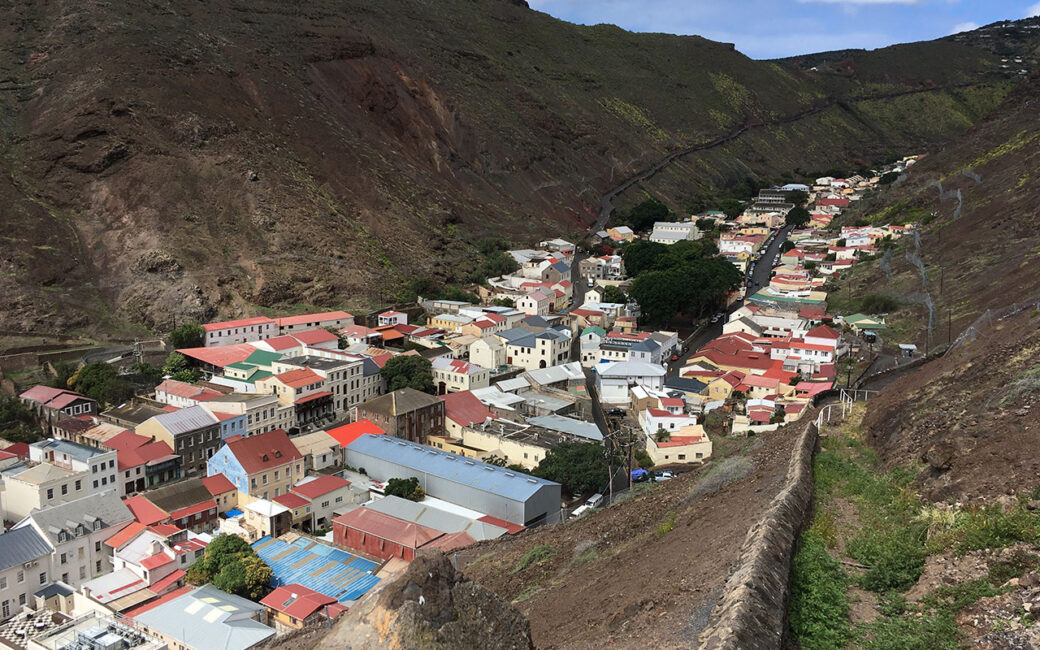 By James Bramble – The British Napoleonic Bicentenary Trust has been set up to preserve the built heritage of the British Overseas Territory of Saint Helena dating from the late 17th century with a particular emphasis on the sites built by the British as a result of Napoleon Bonaparte’s rule (1799-1815) and subsequent incarceration on the island (1815-19).

Consisting of only forty-seven square miles, St. Helena sits about 1,200 miles due west from Angola, and is one of the remotest places on earth. Famous as the location of Napoleon’s imprisonment and death, it features a number of fascinating sites built, or maintained, to prevent his escape – many of which are now at significant risk. A Heritage at Risk report is being produced by the Trust to highlight the threat to some of the key historic sites, in particular:

Built between 1700 and 1740, and modified during Napoleon’s incarceration, Banks Battery sits in a strategic position relative to ships approaching Jamestown. The prevailing south-easterly trade winds enforced the tactical necessity of all ships bearing in towards the island from an easterly direction along the north coast, then changing their course to haul round the north-east side where they would pass Banks Battery. If ships then failed to send a boat to shore to state their identity, destination, and nationality, they would be fired upon.

Munden’s battery first existed as two guns in 1673, but it was greatly expanded by Governor Roberts in 1708, works being completed on 19th December 1710. The battery protected Jamestown harbour, and is reachable from the town centre via a steep, rough trail giving the site significant potential as a tourist destination and beauty spot.

This impressive fort was occupied during the Napoleonic period by the 20th Regiment. After Napoleon’s death in 1821, British forces withdrew from the island until the site was redeveloped in the early 1860s. The

This impressive fort was occupied during the Napoleonic period by the 20th Regiment. After Napoleon’s death in 1821, British forces withdrew from the island until the site was redeveloped in the early 1860s. The central and southern portions are clearly late 19th century in origin and the entry gate the keystone has a date of 1874. The Royal Engineers finally completed phase two of its construction in 1894.

Perhaps the best-known symbol of Jamestown and the island of Saint Helena, Jacob’s Ladder is a steep staircase rising at an angle of between 39 and 41 degrees, 924 feet (281.6 m) from the centre of the town to Ladder Hill Fort. A route existed at least as early as 1707, but the Ladder was built in 1829 when an ‘inclined plane’ railway was built. The railway ceased operation in 1871, leaving 700 steps, of which 699 remain. While the ladder was built shortly after Napoleon’s death, it is a much loved and symbolic remnant of the East India Company and Georgian Saint Helena, and it is still used by the islanders to this day.

The Trust is developing a number of proposals to raise awareness of the remarkable built heritage of the island to commemorate the Bicentenary of Napoleon’s death in May 2021.

If you are interested in the heritage of Saint Helena and the Napoleonic Bicentenary please do contact James Bramble at j.bramble@sthelenagov.com