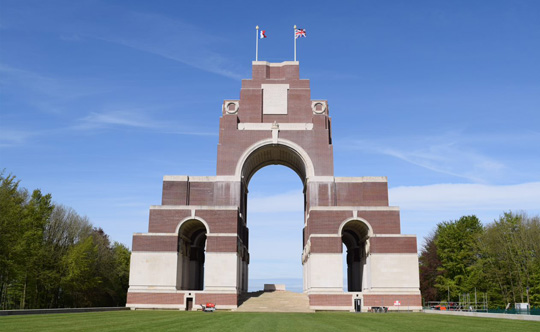 The Thiepval Memorial is the largest Commonwealth memorial to the missing in the world. Over forty-five metres high, it dominates the landscape for miles around. Cared for by the Commonwealth War Graves Commission (CWGC), it stands in Northern France where some of the heaviest fighting of the First World War took place. The memorial commemorates more than 72,000 men of the British and South African forces who died on the Somme and have no known grave, the majority killed in the Somme offensive of 1916.

Thiepval was designed by Edwin Lutyens and unveiled in 1932. This remarkable structure is considered to be among Lutyens’ finest work as an ingenious construction of a series of arches of four sizes, each different in height but proportionally identical. The arches create sixteen piers on which the names of the missing are inscribed on nearly three thousand panels of Portland stone.

Open to the elements on all four sides on an exposed hillside, maintaining Thiepval has been a challenge for the CWGC, exacerbated by some unfortunate construction details, commonplace in their day but problematic a century later. There are twenty-one flat roofs for example, with a maze of internal downpipes.

Concerns were raised about the suitability of the bricks even during construction; the edifice was refaced entirely in the 1950s, although unfortunately with a similarly poor selection. Eventually it was replaced again in the 1970s with the Accrington brick we see today. The main problem is partly that the walls were built without a cavity. The 1970s work involved inserting a cavity behind the bricks: an ingenious idea, but the detailing has led to continuing water issues.

A two-phase refurbishment of Thiepval covering the upper part of the memorial started in 2015-16. It involved inserting steel ties to fix the brickwork back to the concrete frame, repointing and re-roofing. The CWGC is about to begin Phase II – continuing where we stopped, as well as resolving water ingress through the floor. The Memorial has been

listed since Phase I and the CWGC is hopeful of grant funding from the French state.

Phase II also involves replacing numerous name panels, which have been damaged by rainwater penetration leaving several illegible. The CWGC ensures that names are legible in perpetuity, which means that the worst of the panels will be replaced and re-engraved in the CWGCs headstone workshop in France.

Interestingly, many names will also now be removed. Bodies have been found and recovered across the Somme battlefield ever since the memorial was unveiled (and still are). Many have been positively identified and buried in one of the nearby CWGC cemeteries. They are no longer ‘missing’ so their name is deleted from Thiepval to avoid double commemoration.

The contract has been awarded and work starts early in Spring 2021 (delayed by Covid-19). The memorial will be inaccessible for fifteen months, but visitor interpretation will remain in place throughout. 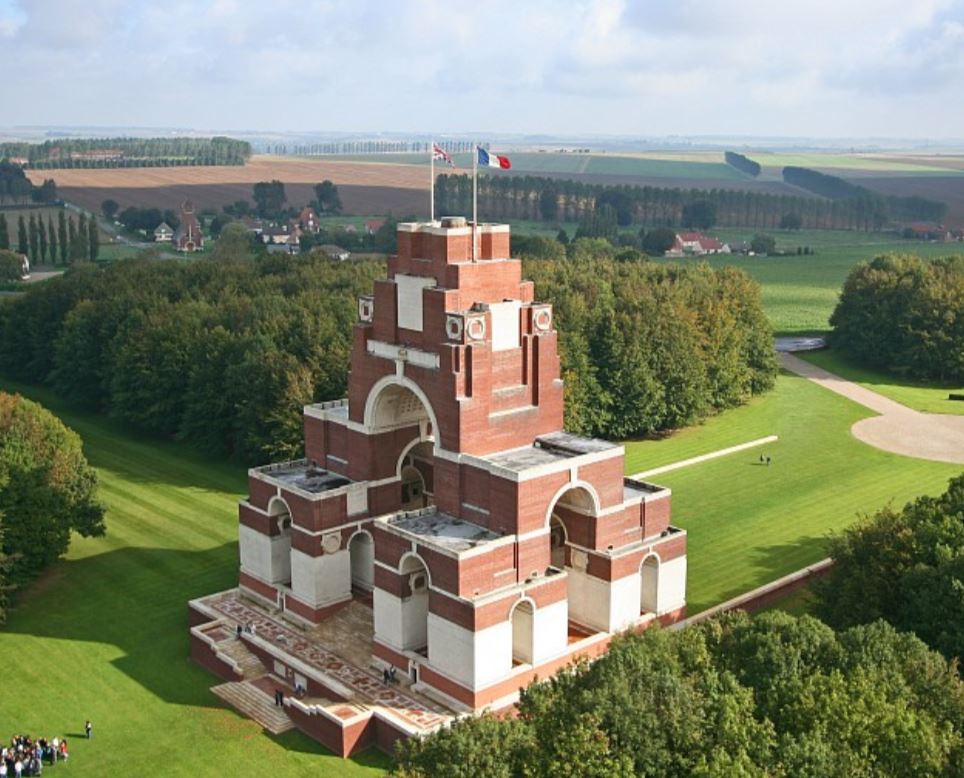