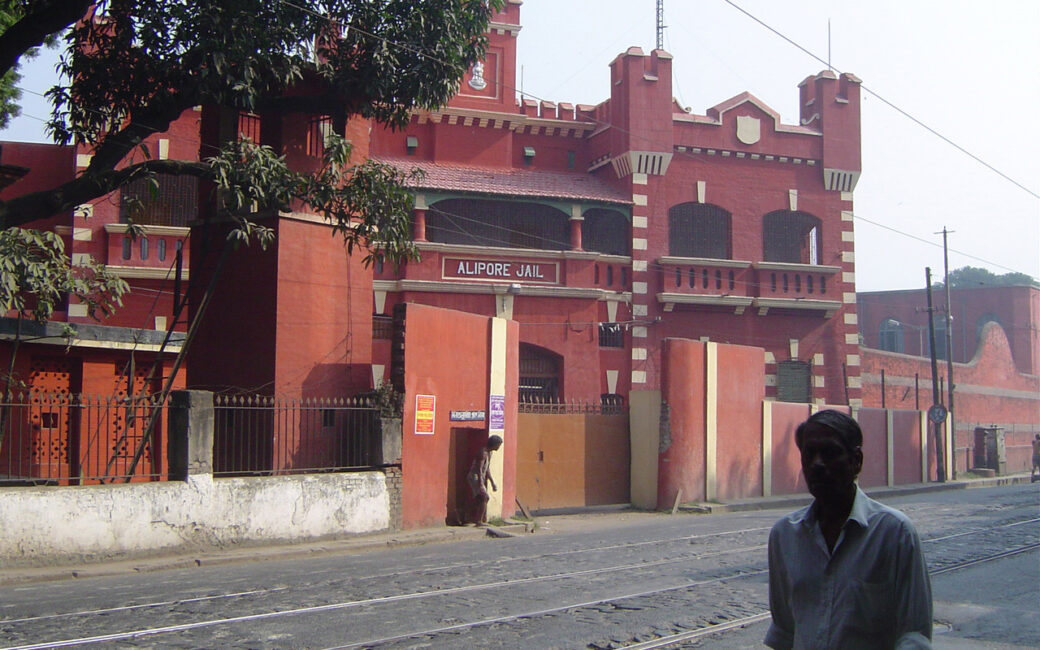 By Nilina Deb Lal – The Alipore and Presidency Jails are Grade I listed heritage sites in the heart of Kolkata. The two premises, situated on the banks of the Tolly’s Nullah, occupy almost 40 acres in the exclusive neighbourhood of Alipore. Comprising horizontally spread, low-rise buildings and verdant with abundant vegetation and mature trees, the Alipore and Presidency Jails constitute a relatively untouched pocket in the dense bustling metropolis, once the capital of British India.

The Presidency Jail, the original Alipore Jail, is the older of the two with buildings said to date to the late 18th century. In 1864, the Jail was accorded the status of the first Central Prison in Bengal. Made of barrack-style buildings arranged around a central courtyard, the Presidency Jail (Old Alipore Jail) was built incrementally over a period of time rather than to any predetermined design. Nevertheless, unremarkable though the buildings may be, the Jail has been witness to India’s history for a period of more than 200 years. It was here that long term detainees were incarcerated during the period of British rule, and it was here that deportees to the Cellular Jail in the Andaman Islands were collected before being sent across the seas in batches every six weeks.

The complex now known as the Alipore Jail was erected in the early years of the 20th century. Construction of the Cellular Jail had been completed some years earlier, and it was decided to adopt a similar style of radial construction for the new jail in Calcutta. Unlike the older jail, the new jail was largely constructed to a unified design complete with a central tower, radiating cell blocks, separate quarters for Europeans and Indians, and areas apportioned for prisoners of various categories. In the words of the Bengal Gazetteer of 1914, the new jail was a “modern up-to-date prison with modern improvements”. In 1913 the new jail took over the functions of the old Alipore Jail, which was then renamed as the Presidency Jail, and the new jail began its tenure as the Central Prison, including the incarceration of freedom fighters, prisoners of the Naxal movement and countless others the State then saw fit to remove from society.

Recent developments, however, are set to change the status of the jail premises. The correctional facilities and ancillary functions are scheduled to be relocated to the periphery of the city, thereby freeing the jails as well as a number of contiguous listed heritage sites for other alternative use. Comprising a total area of almost 100 acres, of which the two jails form the core, this might be seen as a unique opportunity for the city to creatively re-purpose this significant ensemble of land and buildings with due respect for historical authenticity and the priceless green cover, and resoundingly demonstrate its commitment to heritage and climate change.

Unfortunately, the State’s pronouncements in this regard have consistently emphasised the high monetary value of the land, giving rise to apprehensions of an imminent conversion to real estate. Information in the public domain is scarce and the people of the city are largely in the dark as to the eventual intent of the State, but moves to raise the land value in the area and change building byelaws specifically for the one hundred acres in contention are sufficient cause for alarm. It is yet to be seen whether the State proceeds with its initial intentions or mounting public pressure results in a change of direction opening up the possibility of a gift to the city of a sustainably-renewed jail complex executed according to internationally recognisable processes and standards.